Hashtagging it with Coca-Cola 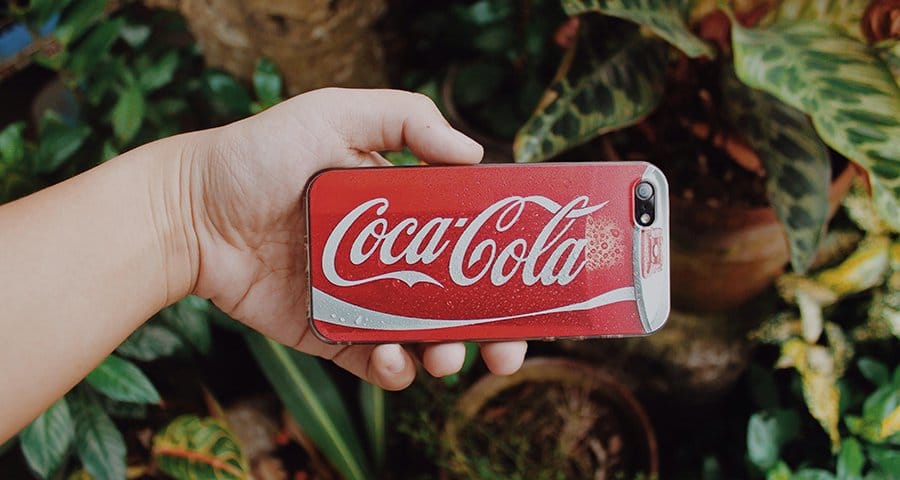 Hashtagging it with Coca-Cola

The Coca-Cola Company. One of the most known soft drink companies and one of the biggest brands in the world. Even with a great reputation and household name, brands like this still need to come up with different ways to keep their audience interested in their products.

In the summer of 2014, The Coca-Cola company’s “Share a Coke” campaign rolled out in the United States after a successful two-year stint in Australia. This interactive marketing effort swapped the Coca-Cola logo on the famous bottles and replaced it with hundreds of the most popular names in the country — inviting the consumer to “Share a Coke with [name].” Eventually, the phrase showed up on television, billboards, trailers, and of course, social media. Consumers were encouraged to hashtag #ShareaCoke on social media and share their own memorable stories.

According to The Wall Street Journal, the Share a Coke Campaign increased sales dollars by 2.5% and brought the company out of a 10-year steady decline. Why? Because it truly disrupted the consumer space.

Personalizing the Call to Action

Coca-Cola made this campaign personal with a clear call to action — share a Coke. Of course, consumers love to see their names show up in public spaces, but getting the opportunity to consume a product with a personalized touch is extra special — especially when the whole country is taking part in the fun. It gives consumers a voice in an otherwise loud and always-changing environment and gives buyers a new way to express themselves. For example, when consumers give a Coke to a friend with his or her name on it, they feel they are celebrating their friend rather than promoting the brand.

Taking personalization one step further, consumers were encouraged to publicize their “Share a Coke” adventures on social media using the hashtag #ShareaCoke. This not only bridged a gap between the online and offline communities, but it enhanced the consumer experience while spreading brand awareness in the digital space. When buyers share their experiences on social media, they are creating user-generated content, which is something we are very familiar with here at Streetsense. User-generated content allows consumers to transform tangible products into resonant digital concepts. With Coca-Cola, consumers took seemingly ordinary Coke bottles and gave them an inspiring online identity. #ShareaCoke was hashtagged more than 250,000 times and resulted in 25 million new Facebook followers.

In 2016, we began to see song lyrics pop up on Coca-Cola bottles as a twist on the Share a Coke campaign. But perhaps Coca-Cola could have taken it to an even bigger user-generated arena. With the amount of #Giveaways and #Contests popping up on Instagram, Coca-Cola should take advantage of the number of people willing to create their own content and encourage consumers to submit their very own catchphrases for a chance to be featured on their Coca-Cola bottles.

The combination of consumer personalization with the fun and to-the-point call to action contributed to the increase in sales and ultimately proves how interacting directly with the brand’s audience is one way to successfully reach the target market.

Lucie Austin, one of the marketers behind the Share a Coke concept, said it best:

“At the end of the day, our name is the most personal thing we have. It’s our fingerprint… our identity… in one word. We gave consumers an opportunity to express themselves through a bottle of Coke, and to share the experience with someone else. The fact that your name is on a Coke bottle, it can’t get more personal than that! The campaign capitalized on the global trend of self-expression and sharing, but in an emotional way.”

By The Streetsense Collective

"Telling a Community’s Story Through Brand"

"Every great place has a story. At Streetsense we focus on the art of finding and telling that story creatively, whether we’re branding a downtown district, a beloved neighborhood gathering place, a dynamic workplace, or a residential community. Here are some branding projects that we loved working on — and that got results we’re proud to […]"

"Three Ways LinkedIn is Ramping Up for Brands and Creators"

"Many of our clients come to us with a similar goal: to increase engagement across their social channels. Coming in with the assist, LinkedIn has recently announced three new initiatives for brands and creators, all of which will help stimulate engagement across its platform. Let’s dive into all three.    Articles For Pages LinkedIn recently […]"